[1] There was only one thing he could do, and although he knew he wasn't likely to survive, he didn't hesitate. What was death when the love of his former life was at stake? Besides, anything was possible. Dying, as he had thought once before, always seemed to bring out the best in him.
With his mind and all the power of the Force, Starkiller embraced what remained of the frigate beneath him-and blew it into a billion pieces.
--- --- ---
[2] But in failing to forsee Luke's defiance, the Emperor reveals that his own powers are fallible, and a wounded Vader realizes Palpatine can be defeated.
--- --- ---
[3] EMPEROR: Obi-Wan foresaw my destruction at your hands, young Skywalker, but it seems his vision was clouded... Perhaps there is still another Skywalker. Why can I not see, could the netherworld have influenced my perception? Another Skywalker... your father!
The Emperor turns around to see Lord Vader flying at him. The lightning bolts around Luke disappear as Vader hits the Emperor, knocking them both into the fiery lake of lava. The hideous screams of the Emperor are soon muted. Luke struggles to his feet and stares at the spot where his enemy and his father disappeared into the cauldron of molten rock.
--- --- ---
[4] 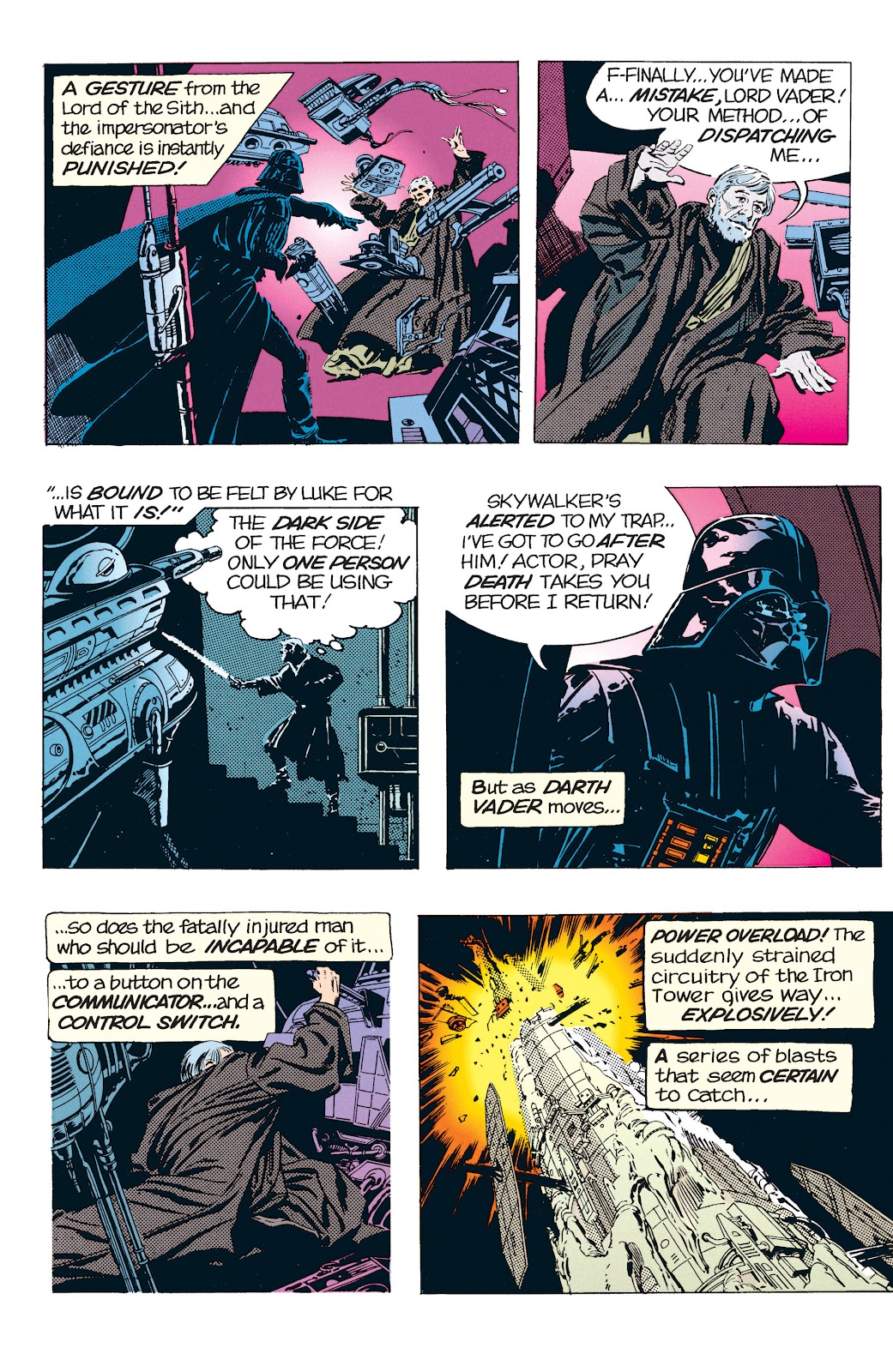 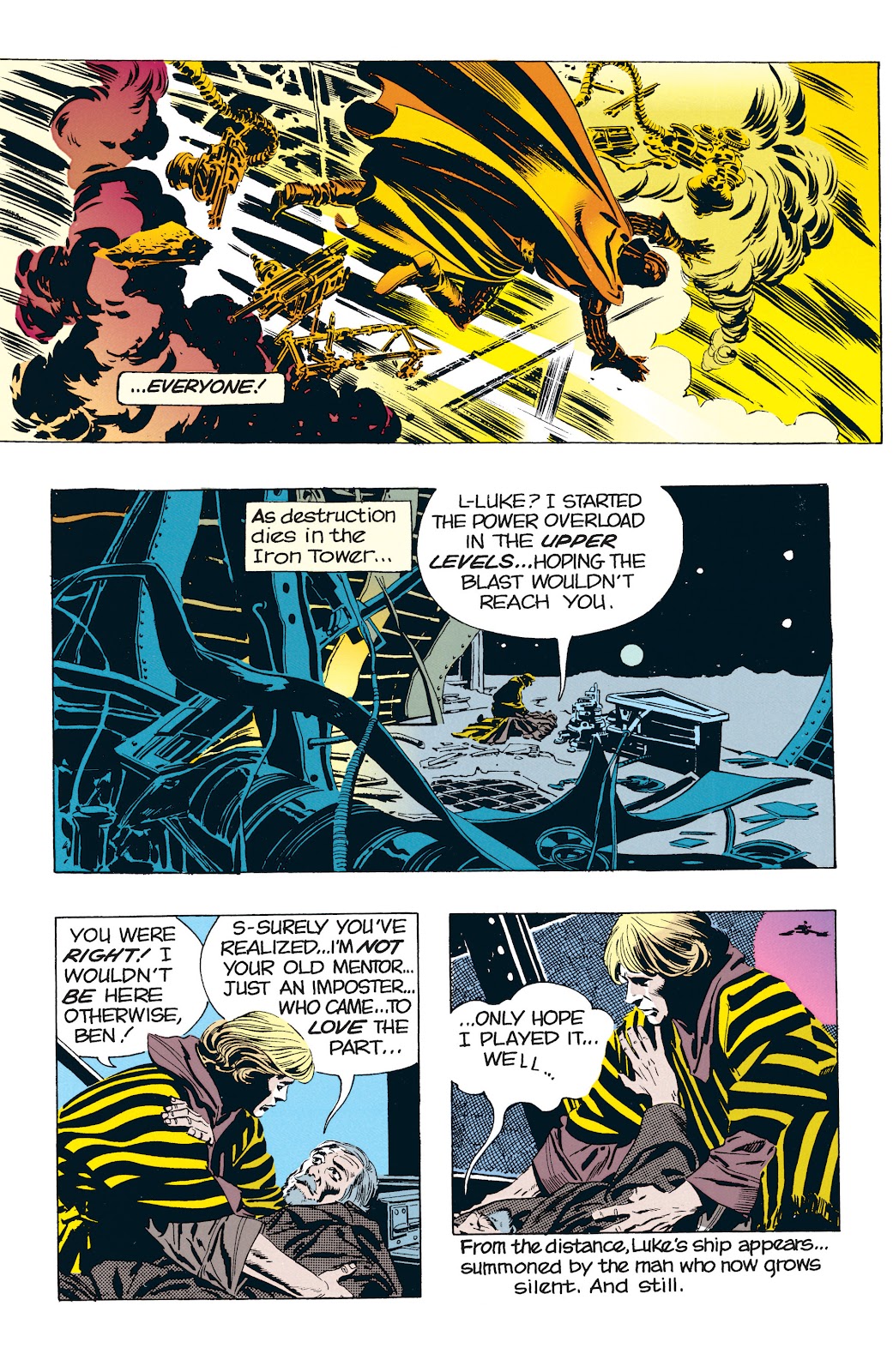 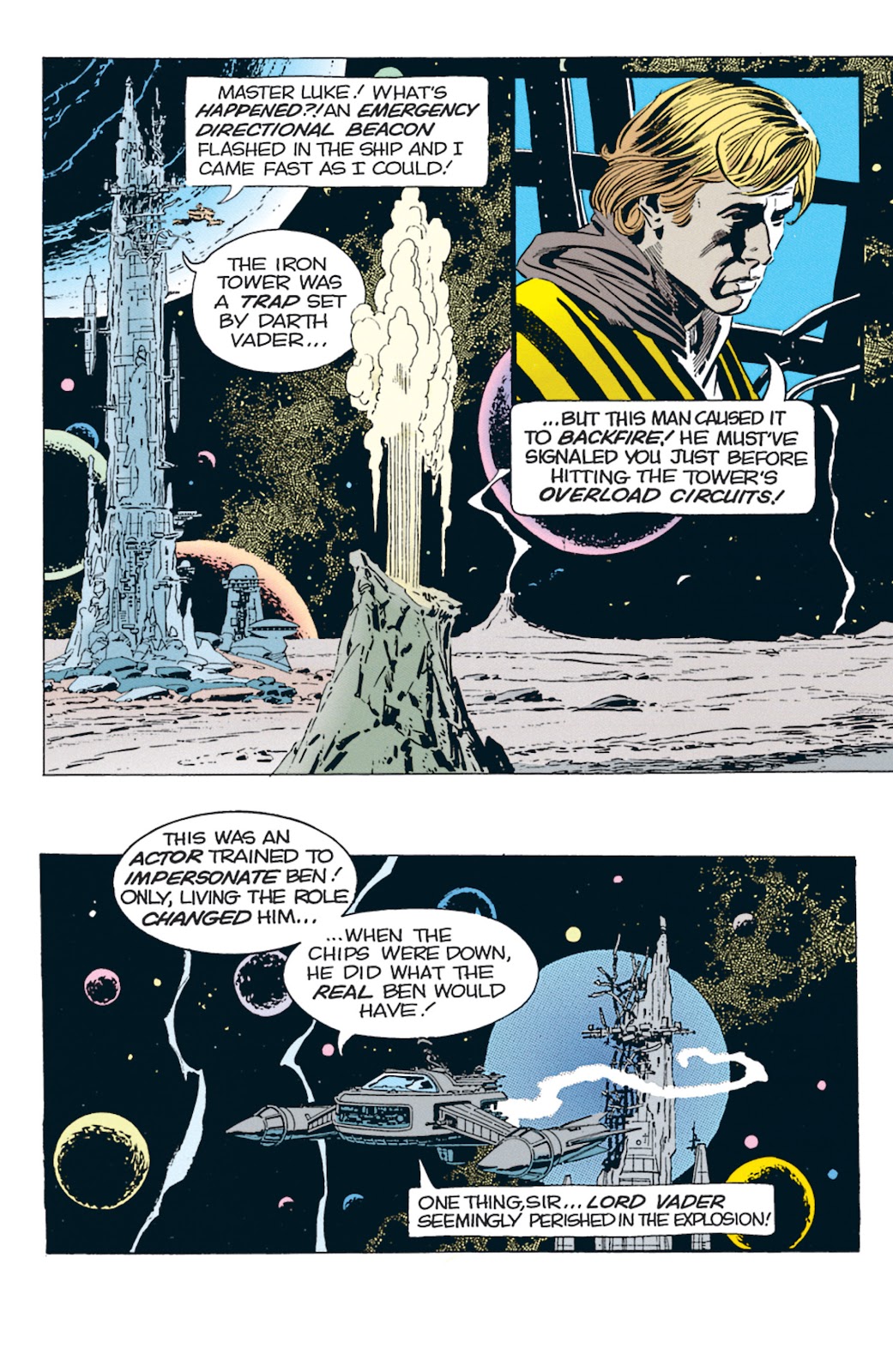